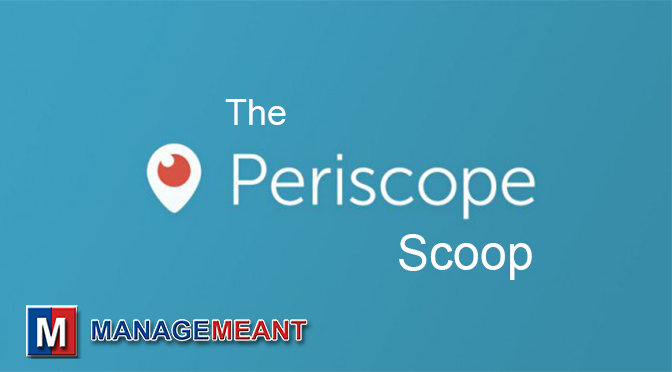 It’s always exciting when a new social media platform launches. It’s like getting a new toy or tool; you want to play with it, learn all about it and even master it.

If you’re an online entrepreneur, you’re probably confident with your understanding of how to use Facebook, Twitter, Instagram and a few others that help you to build your online brand and attract potential business.

But Periscope is the newest thing, and the best part, it’s new to EVERYONE. So right now is a good time to try and get ahead of your competition. After all, it’s easy to stand out in a short field, and right now it is a very short field in Periscope.

For those who do not totally understand what it is, Periscope is an application, (or app) you can download for free to your cell phone,  that allows you to broadcast streaming video through your cellphone cameras (both the front and back camera). That in its self is great, but here is where it differs from other social media… It’s LIVE, and the interaction is LIVE.

Whereas YouTube is a prerecorded show, Periscope is right in the moment, in front of your audience, LIVE.

The app works strictly from your cellphone,  and this is actually a huge advantage – giving you the opportunity to be completely mobile. That makes it possible to share a moment with the rest of world anywhere you have a good signal. For example, I recently caught a portion of a live concert broadcasted in another country thanks to someone that was there and was using Periscope to share it with the world.

Periscope is actually owned by Twitter, so there is Twitter-like techniques to gaining attention when broadcasting. For instance,  using Hash Tags just like you do on Twitter. One thing you need to know. is that everyone following you on Twitter is not following you on Periscope to start. When you do a broadcast, you create a post to get their attention. That option is available within the app. The people viewing your broadcast can choose to follow you, and go about doing that the same way as Twitter.

The beauty of this new app is it’s not just your own list you are broadcasting to. Within the app, you can find broadcasts via the map, and it will show you how many active broadcasts there are around the globe.

If you hear of a breaking news story coming out of New York, you could likely go on Periscope and see it live, from someone else point of view. And that’s how people will find you. You will show up on the map for everyone signed in live on the app. People may choose to view what your doing just out of curiosity and that how you gain followers. 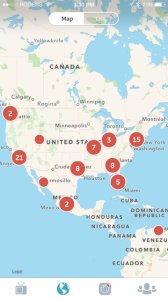 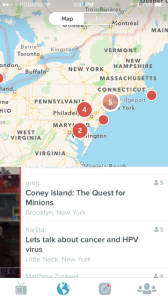 Right now there is a great opportunity to get the attention of people joining Periscope, there’s not that many broadcasts out there right now, even fewer good ones. Building a strong following early in the game is so much easier. Like I’ve I said before in the “Perhaps” blogs.

BE THE FIRST  or  BE SMARTER THAN THE FIRST

There are already Brands and Entrepreneurs trying to build an audience, and they are gaining followers faster on Periscope, on a per minute basis, than on other social media platforms. For small businesses starting out, this is by far the one of the fastest, and cost effective ways to gain followers.

The beauty of having followers on any social media platform is they are now a captive audience and you can promote directly to them and hopefully generate sales from them.

I will be doing a Part 2 for this blog tomorrow. I’m going to cover what techniques to use to set up your profile and your broadcast to gain the most attention, plus some helpful hints on how to do a better broadcast and interact with your audience.

If you have questions about Periscope or anything else to do with growing your presence online,  come and ask it in the M Community Facebook group.

I’m also going to do a scheduled broadcast live on Periscope for you and answer any of your questions LIVE. Stay tuned for more details about that

Thanks for reading, and talk to you tomorrow.
Jason